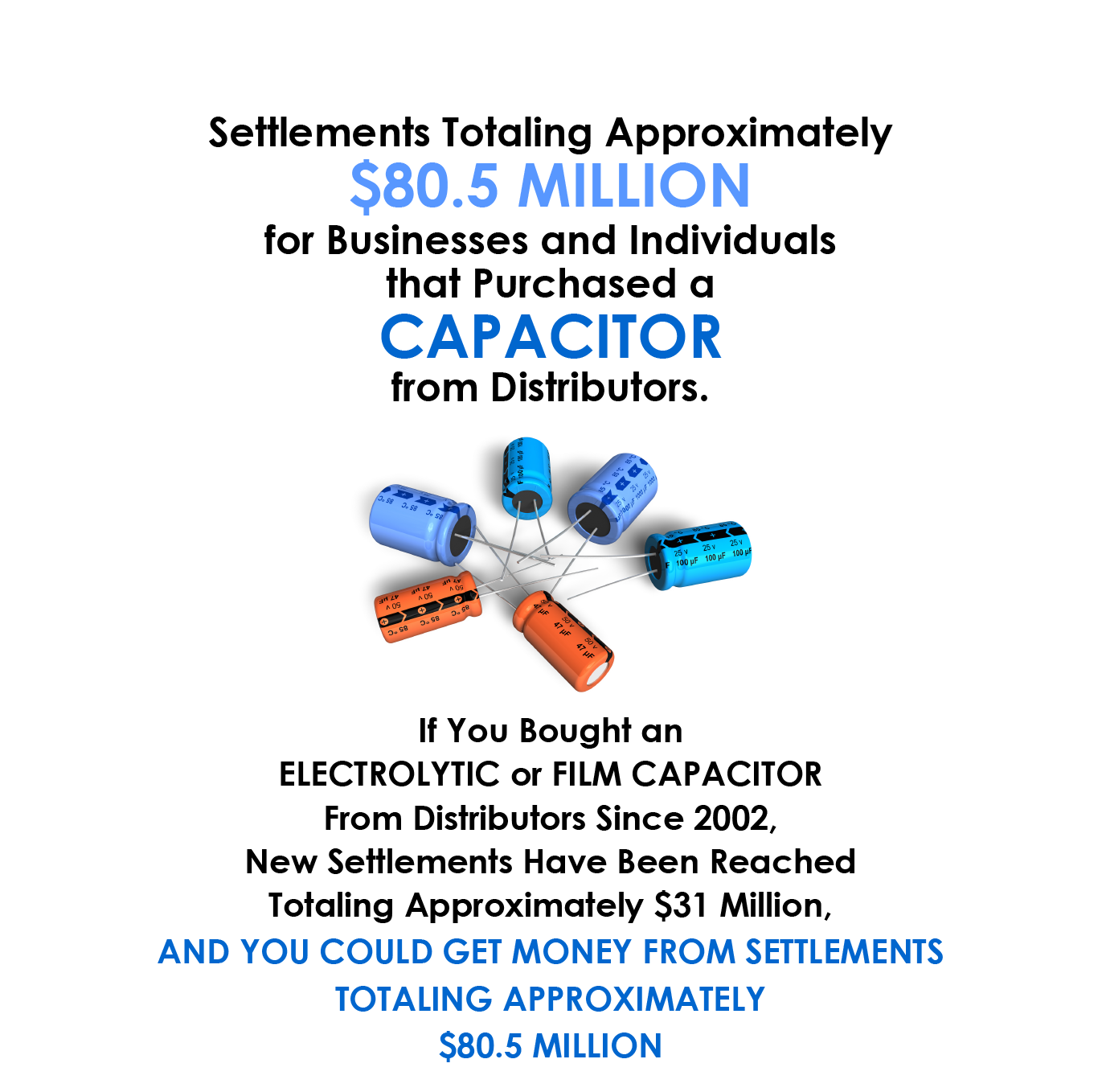 • A class action lawsuit brought on behalf of indirect purchasers of electrolytic and film capacitors (“Capacitors”) is currently pending. Capacitors are electronic components that store electric charges between one or more pairs of conductors separated by an insulator.

All persons and entities in the United States who, during the period from April 1, 2002, through February 28, 2014, purchased one or more Electrolytic Capacitor(s) from a distributor (or from an entity other than a Defendant) that a Defendant or alleged co-conspirator manufactured.


• A second class is included in the Panasonic Settlement Agreement including the following:

All persons and entities in the United States who, during the period from January 1, 2002, through February 28, 2014, purchased one or more Film Capacitor(s) from a distributor (or from an entity other than a Defendant) that a Defendant or alleged co-conspirator manufactured.


• The Court in charge of this case still has to decide on final approval of the Settlements. Payments will be made only (1) if the Court approves the Settlements and after any appeals are resolved, and (2) after the Court approves a Distribution Plan to distribute the Settlement Funds minus expenses and any Court-approved attorneys’ fees (“Net Settlement Funds”) to Class Members. The proposed Distribution Plan for these Settlements is to make a pro rata distribution to each Class Member that purchased capacitors in a state that permits indirect purchaser antitrust claims based upon the number of approved purchases per Class Member of Capacitors of film or electrolytic Capacitors during the Settlement class period. The indirect purchaser states are listed on the Indirect Purchaser States page of this website.


HOW DO I GET A PAYMENT?

To be eligible to receive a payment if the Court approves the Settlements, you must complete and submit a valid Claim Form by March 23, 2020.